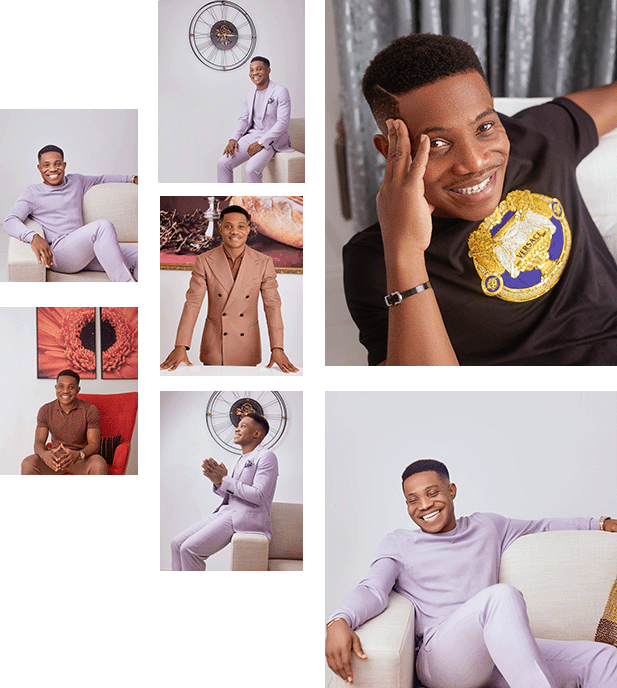 Jerry Eze is a Nigerian pastor, author, public speaker, Televangelist and the Convener of the largest, ever growing online prayer meeting – NSPPD [New Season Prophetic Prayers & Declarations] that is attended by thousands across all social media daily and very famous for incredibly notable creative miracles and strange acts of God springing forth from all corners – Barren women carrying their babies, The blind seeing, the lame walking, cancer, sickle cell and other terminal diseases being kicked out and even the dead rising.

Pastor Jerry Eze was born on 22nd August 1982 and hails from Okoko Item, Bende Local Government, Abia State located in the Eastern part of Nigeria. He grew up in Umuahia where he attended Ibeku High School, Umuahia, Abia State, Nigeria from 1991 to 1997. In 1998, he was admitted to Abia State University Uturu to study History and International Relations. By 2006, He obtained his master’s degree in Business Administration from the Enugu State University of Technology(ESUT).

He began active ministry from a very tender age while serving at His local church. At age 9, he is noted to have gladly joined a 3 days dry fast organized in his church to divinely select the prayer warriors i.e. the deliverance team of the church. After the fast, he was prophetically selected and this point, had already become a Sunday school teacher, a chorister and, now, a prayer warrior. Through his early years, as He continued to grow deeper in the things of God, diverse gifts of the Spirit such as word of knowledge, prophecy, words of wisdom, healing, etc had already become very evident in his life way before age 17. This caused for  even Government officials within his locale on several locations whisking him away for prayers and divine counsel on private issues and matters concerning the state.

By 1997, whilst awaiting University admission, he volunteered at the Broadcasting Corporation of Abia State (BCA) Television, his eloquence, intelligence and affable nature shone so brightly. He became a familiar face and the youngest broadcaster at the time, airing in homes all over the state and beyond.

Between 1998 and 2002 (16 years to 20 years) while in school, He served with the Abia State University, Nigeria Fellowship of Evangelical Students (NIFES) and All Saints Chapel of Redemption where He was also significantly made the school chaplain.

Before any formal ministry structure sprang up around his personal ministry, he had already ministered in all conceivable dimensions of ministry with outstanding excellence and undeniable proofs. He was also doing well combining his personal ministry with his work with the World Bank Assisted Project on HIV/ AIDS, and later, UNFPA. Nonetheless, In 2009, Pastor Jerry Eze officially resigned following God’s instruction, and went fully into the work of ministry. Around this time, coupled with Divine pressure and the burden of hungry souls around him, He also began a small fellowship in His living room. It was no surprise that in a such a short time, the growth of this house fellowship defied all known parameters of measurement and growth. Within a few years, the need was undeniable and the vision called Streams of Joy was officially birthed in the year 2013.

Over the years, With one too many evidences, Streams of joy has proven to be beyond a church but an unprecedented revolution, a movement breaking limits, ravaging long standing systems and structures, crossing lines and taking the world by storm with currently over 15 branches spread out through Nigeria, Canada, The United States, The United Kingdom in just 8 years since her inception in 2013.

At the peak of the Covid outbreak on the 30th March 2020, Pastor Jerry started an online prayer He tagged The New Season Prophetic Prayers and Declarations(NSPPD). In just 2 years since her inception, the Impact of this Global prayer platform has indeed been massive, the evidences are undeniable, bringing the entire world to a standstill and catching the attention of renown global institutions such as the CNN amongst many others who have gone as far as rating Pastor Jerry’s YouTube Chanel as number 1 in the world with factual statistics and the 2nd Most viewed Ministry in the World. It is also ranked as the Most watched Live channel in Nigeria [Leading in all parameters: Daily, weekly and monthly]. The Channel with the Most Live Viewers in Nigeria. [Leading in all parameters: Daily, weekly and monthly] amongst many others. As they say, Pastor Jerry’s level of influence through the NSPPD is a phenomenon worthy of in-depth study, this manner of success in the use of Social Media to advance a cause is completely unprecedented. Indeed, What God Cannot do, does not exist.

Pastor Jerry’s message is revival, His trademark and identity is Prayer, his passion is to see everyone he comes in contact with experience the fireful, supernatural touch of God.

He is a rare gift to our generation, Nigeria and the world at large, his infamous address as a Pastor to Pastors is also no less than a result of the significant value he adds to Global Leadership, relentlessly equipping God’s servants and further instituting God’s Kingdom across all the mountains of Influence. With divine wisdom, an uncommon understanding of times and seasons, skill, expertise, laser sharp vision, charisma, integrity and the all round intelligence he embodies, he has and is still impacting several individuals and ministries alike through his Several Mentorship platforms, his monthly Ministers conferences, books and pulpit messages.

Pastor Jerry is a teacher of God’s word, very insightful and deep, offering hope, revealing hidden scriptural truths and principles on how Christians can live a fulfilled life and become who God has destined them to be.

He is married to Pastor Eno Jerry and they have two lovely children: Samara and Jerry.

Jerry Eze has published several books, which include the following: